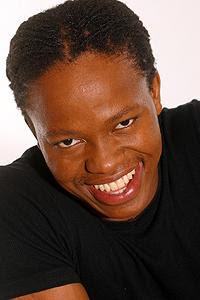 Now that he's shot his load in an emotional and controversial storyline it's shockingly bye-bye for Isidingo's Parsons.
Tshepo Maseko who played Parsons Matabane on SABC3's soapie Isidingo will soon be disappearing from the show! After the emotional trying-to-get-pregnant story has fully run its course, Isidingo producers have decided to basically retire the whole Matabane family.

Regarding the shocking development, SABC3's acting marketing manager Buli Siwana, could only tell me this morning: ''The character will still appear from time to time but will basically disappear for about at least a year. It's done because of financial considerations. Because the Matabanes won't have that much screen time, it doesn't make sense to pay actors that you won't be able to use fully. His [Tshepo Maseko] contract was converted from that of core actor to that of an on-call actor.''
on 4:38:00 PM