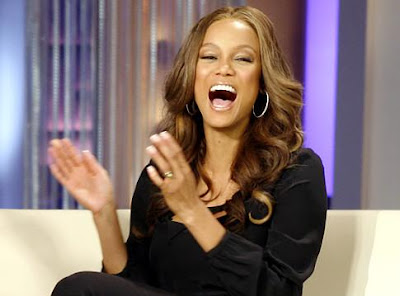 After the news of her announcement earlier this week that's she'e ending her talk show after 5 seasons at the end of 2010, scared (and ANGRY!) staff on The Tyra Banks Show are now spilling their guts to The New York Post.

Here's some of the juicy quotes from staffers on Tyra's talk show who are NOT happy at all:

''There had been high turnover of employees for years. It was pretty difficult to work for Tyra. ''She and the higher-ups on the production staff could be extremely brutal. She really is a diva."  - past crew member

"Everything had to be done Tyra's way." - source

It seems that Miss Tyra didn't tell her staffer that she's ending the show which moved from Los Angeles to New York a few years ago. They had to find out about it in the news. The 4th season of The Tyra Banks Show will start on 11 January at 11:25 on SABC3.
on 12:00:00 AM