You're seeing it here first. I was first to break the news that Melanie Bala is getting a new local talk show, it was I who had all the details of it first, had the first official pics and spilled the name, Absolute Women. ,Before everyone else as well of course.
Here's another first - the VERY FIRST GLIMPSE of Absolute Women's very cool talk show set.

The show is recorded at Clive Morris Productions and starts on 6 January at 20:00 on M-Net Series (DStv 110). I just walked out of a recording and the show is funny (actually Mel is funny), it's clever without being too high-brow intelligent, it's different to everything else out there, the production quality is high, thought clearly went into every aspect of the show and guest line-up, and Melanie was great to talk to.

Also, the title of Absolute Women might still change. I've known it for a while, but I was told so again today, so I'll update with the new name - should there be one - as soon as I hear anything.

Where 3Talk with Noeleen on SABC3 is bathed in blue and darker aqua hues, Absolute Women is vibrant in shades of orange, and very bright. Also notice the circular and fluid wave pattern incorporated into the set design, the wavey curve distribution playing out in the back panels, the orange  bottom-lit floor panel insets, and the couches to compliment the set design colour palette. 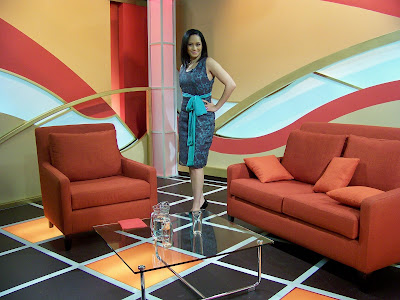 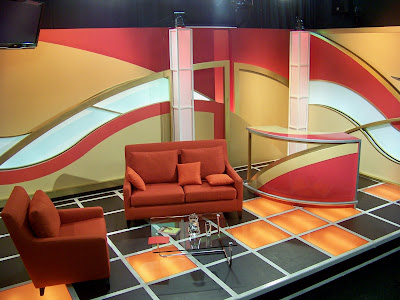 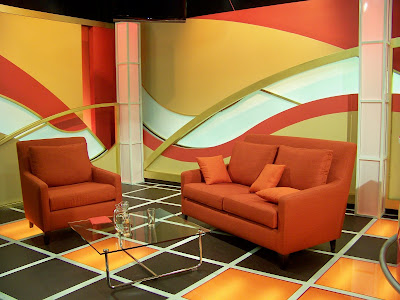 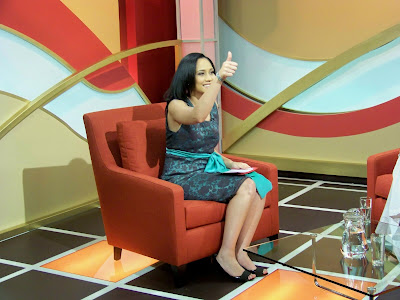 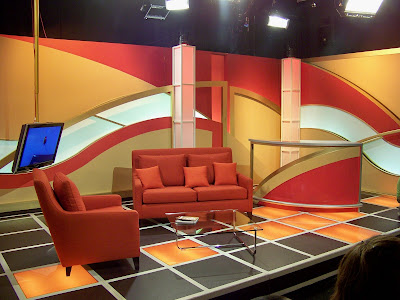 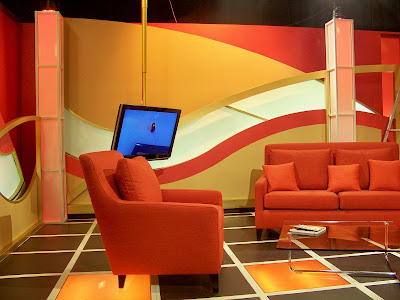