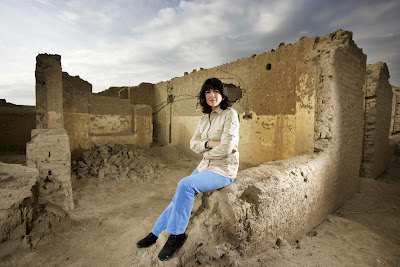 
So says Christiane Amanpour, the world's leading TV journalist who's own half hour news show called Amanpour that starts on Monday at 21:00 op CNN International (DStv 401).

I spoke with Christiane who is in New York from where her show will be beamed every weekday starting Monday, about her new global news platform.

I asked her what excited her the most about her work and this new opportunity and her is some of what she had to say.

''I'm a storyteller. I'm also an adventurer. I go out and I really feel that it's the great part of this profession. What excites me the most is to be able to bring that experience into the studio and go and try to bring stories not often being told these days, in more depth.''

''And that's what I hear from so many people: They love stories that show more and I'm hoping to be able to go more in depth and give more context. In terms of exciting interviews, we've got responses already from world leaders and the others who are out there on the public stage.''

''And also to hear from the people in those different countries – whether its from your country, whether it's from Iran, Afghanistan or hopefully North Korea – of course there's various degrees of difficulty penetrating various societies, but the fact that I would be able to try and do it.''

Check back all week this week, as I share some more of what Christiane had to say in the run-up to the debut of Amanpour on Monday, 21 September at 21:00 on CNN International (DStv 401).

Part III - Christiane Amanpour 'I'm not going to change what I do . . . which is to seek the truth'