BREAKING. Your first look at Discovery channel's new logo and some show info on upcoming programming 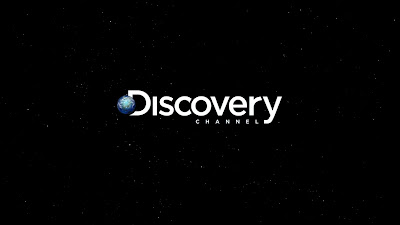 You're reading it here first. It's been used elsewhere for a while but South African viewers will start to see this brand-new logo of the Discovery channel (DStv 250) from 4 October. The globe is now merged with the ''D'' and the font is thinner and the overall look and feel is more updated and ''space-agey''.

Also, check the list below to see if one of your favourite shows is returning or starting in the last quarter of this year!

October
Swamp Loggers
Deadliest Catch V
Destroyed in Seconds II
How Do They Do It? VI
Fifth Gear XV
Extreme Explosions
Prototype This
Dirty Jobs IV
Most Wanted
November
Ultimate Survival IV (Bear Grylls is back!)
X-Machines (with some MASSIVE MACHINES from South Africa)
Rampage
Time Warp II
World's Heaviest Man
World's Heaviest Man Gets Married
Guliana: The Girl with the new Face
December
Extreme Engineering V
Storm Chasers III
Street Customs Berlin
How It's Made XIII
Best of 2009 (a collection of the most awesome shows of the year)

I just spent some time with the Discovery channel people, looked at (AWESOME!) sneak peeks of some of these new shows, and when they start, you'll read about the great ones here FIRST.