'Are you the "before"?' Anyone can become the world's first black Betty in the open casting call for South Africa's uBettina Wethu series adaptation of Ugly Betty. 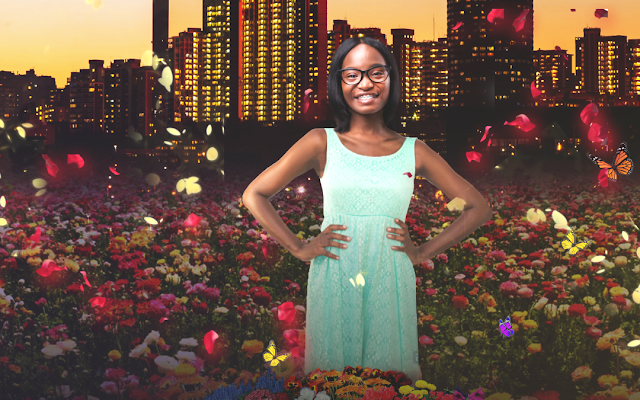 by Thinus Ferreira
uBettina Wethu, South Africa's localised Ugly Betty adaptation, is looking for a black Betty and it could literally be any young black woman with the show that is doing an open casting call.
A funny scene in the first episode of Ugly Betty is when Betty arrives on her first day at work at a magazine and the receptionist mistakenly assumes that she's the "before" - meaning the person who was specifically cast to look as bad as possible when makeover photoshoots are done to show the "before" and "after" transformation.
Now that "before" could be any young black woman in South Africa between the age of 22 and 26 who will get the role as Bettina Sikhakane.
uBettina Wethu, a co-production between the SABC that will broadcast it on SABC1 and the video streaming VIU.
The series is produced by the South African production company Known Associates Entertainment, with Tshepiso Sello as producer with the company that has been responsible for series like Keeping Score, Hustle and Emoyeni as Fireworx Media.
The uBettina Wethu project is also supported by South Africa's department of trade and industry and is a South African adaptation of Colombia's Yo Soy Bety La Fea, known as Ugly Betty.
The popular series holds the Guinness World Record for the most successful telenovela after it has been adapted in 19 territories, broadcast in 180 countries and dubbed into 15 languages with uBettina Wethu as the South African adaptation that will be the first in the world to feature a black Betty along with a majority-black cast.
In South Africa's version of uBettina Wethu the main premise follows the journey of a wholesome, intelligent, but gawky, people-pleaser with a dated, unsophisticated sense of style, who finds her self-worth and image challenged when she is employed at Nubia, a brand management company, a place where at times people value image over substance.

Bettina Sikhakane is a kind-hearted, smart, career-focused woman, with a dream of running her own company but when she lands a job as the personal assistant to Nubia’s new boss, she has to contend with her colleagues' assumption that because of her quirky style and kindness, she must be stupid.

As part of an open casting call, people who want to enter can access the script at www.ubettinawethu.co.za, take a video of themselves doing an audition performing parts of the script and send it to the Whatsapp number of 087 240 5150. Entry is free and the closing date to submit an "audition tape" is 15 January 2021.
Besides auditioning for Bettina, the producers are also looking for Dingaan, a main character and a love interest of Bettina who must be a black actor between the age of 27 and 30 and who is the Nubia boss, as well Dingaan's black mother with the show looking for an actress between the ages of 52 and 56.
After the initial selection process during which people will be able to get to vote as well to narrow down the search to the top 3 choices for each role, a closed audition process will take place to choose Bettina as well as Dingaan and his mother.
"These public auditions are an exciting and appropriate way for us to welcome uBettina Wethu into our lives and on our screens," says Ryan Solovei, VIU Africa country manager.
"This production is already capped with many firsts and for VIU, it echoes our commitment to developing local productions and unearthing local talent in South Africa."
"We’re excited to see the entries and the final outcome for the three main characters of the story, and we look forward to the public’s participation as they have their say into who gets to be the next big stars of Mzansi."
Producer Tshepiso Sello says "the social climate in which we find ourselves necessitates a coming-of-age story with a twist. It is meant to allow the audience the chance to see themselves in the characters of the story - to not only root for their success or downfall but see the characters as an extension of themselves."
"The road to achieving this starts with finding the right talent, by engaging the public we want our audiences to feel part and parcel of the show from the onset of our production process before it even hits their screens, after all its uBettina Wethu."
on 11:19:00 AM