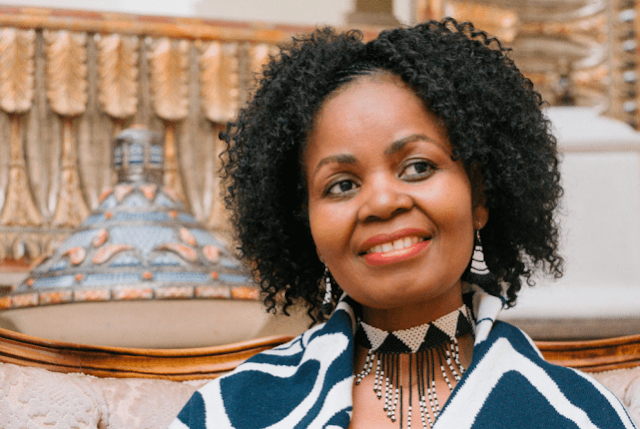 Dr Vuyokazi Mahlati, the executive chairperson and one of the founding members of Siyaya TV's Moja Love (DStv 157) TV channel available on MultiChoice's DStv satellite pay-TV platform has died. She was 55.

Dr Vuyo Mahlati, who was born on 13 September 1965, was also the president of the African Farmers Association of SA (Afasa), and was the former chairperson of the advisory land reform panel appointed by South African president Cyril Ramaphosa.

She died, in the early hours of Tuesday morning after a short, undisclosed illness just 6 days after her 55th birthday and leaves behind her husband Gil and her 2 children Siseko and Lilitha.

In an interview with Fair Lady magazine in 2017 she is quoted as saying "There's me as the mother, wife and daughter, and that's my centre. Around that, there are a lot of innovations, but they're basically in two areas: the policy activism work and the entrepreneurial side."

"As a child I'd grow little avocado trees from the pips, knowing that those trees would be something in the future. I've always thought of what I can do beyond the present."

Dr Vuyokazi Mahlati was also a member of South Africa's National Planning Commission and the owner of Africa’s first indigenous wool processing plant in Butterworth in the Eastern Cape.

"It is with profound sadness that the Moja Love family received notice of the passing of our executive chairperson and one of our founder members, Dr Vuyo Mahlati. We mourn with her family and friends. Our hearts are heavy with grief," Moja Love said in a statement on Tuesday evening.

"Dr Vuyo, as she was affectionately known in the Moja Love and Siyaya TV community was a core member and driver of the team that developed the concept and business plan for the Siyaya television business and eventually the Moja Love channel," says Moja Love.

"She was the moral compass for the business that set out to speak to South Africa in a quite different voice and in the plurality of language and cultures that is our beautiful country."

"Dr Vuyo offered her brand of compassionate wisdom and guidance to the operational team on a regular basis. She was also a stern voice of reason and caution when the team would veer off course."

"Her contribution, wisdom, passion, and spirit will be deeply missed by the shareholders, board of directors, management and employees of Siyaya TV and Moja Love. Her seat at our table will remain empty but she will remain in our hearts forever," says Moja Love.

Moja Love says that Dr Vuyokazi Mahlati will be laid to rest in a private ceremony attended only by family.

The family will soon thereafter arrange a memorial service where as many people as may be accommodated under South Africa's Covid-19 regulations will be able to attend, with the arrangements that will be made known in due course.