'HIT IT.' Star Trek Strange New Worlds picked up as series with Anson Mount, Rebecca Romijn and Ethan Peck as Captain Pike, Number One and Spock. 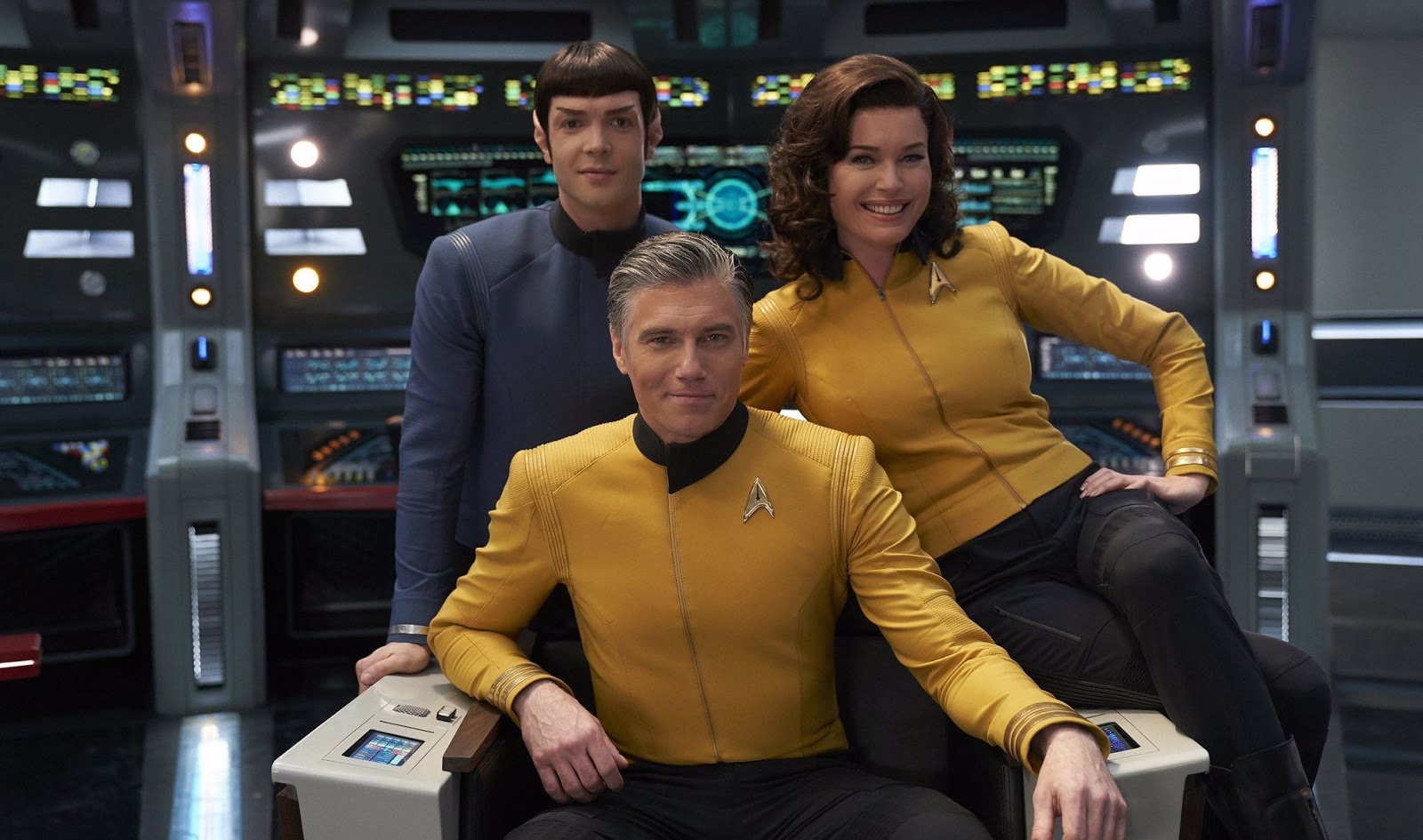 Yet another new Star Trek series has been ordered to a first season pick-up, this time Star Trek: Strange New Worlds with Anson Mount as Captain Pike, Rebecca Romijn as Number One and Ethan Peck as science officer all reprising their season 2 Star Trek: Discovery roles for the new spin-off.

ViacomCBS' video streaming service CBS All Access that will be rebranded within months, has ordered Star Trek: Strange New Worlds to series, set a decade before Captain Kirk commanded the USS Enterprise.

No starting date nor episode count has been announced for Star Trek: Strange New Worlds.

"Fans fell in love with Anson Mount, Rebecca Romijn and Ethan Peck's portrayals of these iconic characters when they were first introduced on Star Trek: Discovery last season," says Julie McNamara, executive vice president and head of programming at CBS All Access, in a statement announcing the new series.

"This new series will be a perfect complement to the franchise, bringing a whole new perspective and series of adventures to Star Trek."

Anson Mount in a video message says "We're going to get to work on a classic Star Trek show that deals with optimism and the future".

Star Trek: Strange New Worlds will be produced by CBS Television Studios, Secret Hideout and Roddenberry Entertainment and is the third live-action Star Trek series following Star Trek: Discovery on Netflix that will have a third season later this year and the recent Star Trek: Picard.on Amazon Prime Video that has been renewed for a second season.

An animation series, Lower Decks is being produced for Nickelodeon.

The series premiere of Star Trek: Strange New Worlds was written by Akiva Goldsman with the story by Akiva Goldsman, Alex Kurtzman and Jenny Lumet. All 3 of them will serve as executive producers, alongside Henry Alonso Myers, Heather Kadin, Rod Roddenberry and Trevor Roth.

"This is a dream come true, literally," says Akiva Goldsman. "I have imagined myself on the bridge of the Enterprise since the early 1970s."

Alex Kurtzman says "When we said we heard the fans' outpouring of love for Pike, Number One and Spock when they boarded Star Trek: Discovery last season, we meant it. These iconic characters have a deep history in Star Trek canon, yet so much of their stories have yet to be told."

"With Akiva and Henry at the helm, the Enterprise, its crew and its fans are in for an extraordinary journey to new frontiers in the Star Trek universe."
on 5:31:00 PM