Coronavirus: The SABC to simulcast its SABC News channel on SABC2 and SABC3 in the mornings. 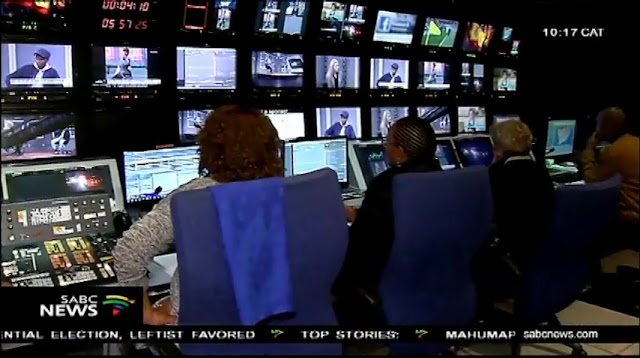 The SABC has decided to simulcast its SABC News channel feed on SABC2 and SABC3 on weekday mornings as TV news channels are standing by to televise president Cyril Ramaphosa's national address about the Covid-19 in South Africa on Monday evening.

In a schedule change the South African public broadcaster will with immediate effect start simulcasting its SABC News (DStv 404) channel on its SABC2 and SABC3 TV channels on weekday mornings between 09:00 and 09:30.

With the rapid spread of the Covid-19 novel coronavirus pandemic globally and in South Africa the SABC wants to give the public access to more news and information around it.

The SABC News channel is only carried on MultiChoice's DStv satellite pay-TV service and isn't available as a free-to-air terrestrial analogue signal in the way that SABC1, SABC2 and SABC3 is.

The SABC News simulcast on SABC2 and SABC3 will run Mondays to Fridays.

"Following the national address by president Cyril Ramaphosa around Covid-19, SABC2 and SABC3 are taking extra precautionary measures to keep the public informed and updated on the coronavirus," says the SABC.

"Due to the outbreak the following schedule change will be implemented from Monday 23 March 2020 and during these timeslots SABC2 and SABC3 will simulcast SABC News."

President Cyril Ramaphosa's latest national address set for Monday evening but with no specific time yet announced, will be carried live on SABC2, as well as on South African TV news channels eNCA (DStv 403), SABC News and Newzroom Africa (DStv 405).

Unlike cinemas in the United States, the United Kingdom, Australia and elsewhere, both Ster-Kinekor  and Nu Metro have decided to keep their movie theatres open.
on 11:17:00 AM