Coronavirus: e.tv and kykNET soaps temporarily shutting down production for 21-day national lockdown in South Africa because of Covid-19. 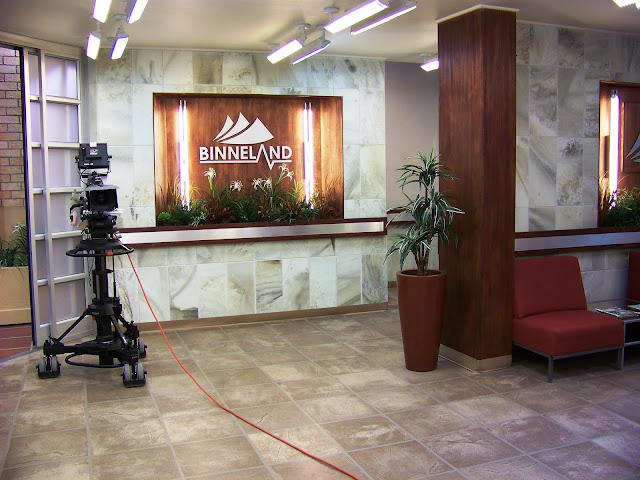 e.tv's locally-produced drama series and soaps, as well as the soaps and drama series on M-Net's kykNET (DStv 144) are now shuttering production ahead of the 21-day national shutdown in South Africa to try and minimise the rapid spread of Covid-19 cases as the novel coronavirus pandemic continues to spread globally.

This was followed by Danie Odendaal Productions that shut down its 7de Laan weekday Afrikaans soap filmed at Sasani Studios on Tuesday. The cinema chains Ster-Kinekor and Nu Metro have now also shuttered in South Africa.

SuperSport also continued with its locally-produced magazine and talk analysis shows, while reality shows like M-Net's second season of The Bachelor SA produced by Rapid Blue and Survivor SA: Immunity Island produced by Afrokaans for M-Net (DStv 101) and the 16th season of Idols produced by [SIC] Entertainment for Mzansi Magic (DStv 161) also remained in production.

On Wednesday kykNET told TVwithThinus that it is shutting down its Afrikaans soaps and drama series in production.

kykNET says that all of its locally-produced shows "will adhere to preventative measures that have been announced by president Cyril Ramaphosa on Monday 23 March 2020".

kykNET says that the announced 21-day lockdown that will last until 16 April 2020 will not impact the current broadcast schedules of the daily dramas due to the fact that they are filmed in advance.

Reggy Moalusi, MultiChoice South Africa's executive head for corporate affairs, told TVwithThinus on Wednesday that "producers are in constant communication with the kykNET content team who are working on strategies to limit the impact of Covid-19 on the video entertainment industry, including actors, technical teams and viewers, to the absolute minimum".

He said that e.tv will continue to deliver news and entertainment programming during the national lockdown period.

It's not yet clear what will happen to SuperSport's locally-produced magazine shows or M-Net's Carte Blanche.

SuperSport was asked but referred the media enquiry to MultiChoice on Tuesday who didn't respond with any answer. M-Net said it would provide an answer later in the week. The SABC said it would answer on Wednesday.

Mzansi Magic didn't give an answer as to what's happening with the production of Idols when asked with the show that just completed the initial round of nationwide auditions to prepare for the Johannesburg first group round.
on 12:45:00 PM