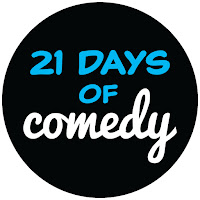 Openview has added a pop-up comedy channel, 21 Days of Comedy, on the free-to-air satellite-TV service that started on Monday 9 September and that will run until 29 September 2019.

21 Days of Comedy is available on Openview channel 111 and replaced the eForce action films pop-up channel.

"Our overall marketing efforts are proving to be fruitful for South African viewers who are in search of alternative viewing experiences," says Marlon Davids, managing director of e channels.

"We look forward to the Spring season and our viewers feeling light on their feet and knowing that there is a channel available for them to completely unwind."
on 11:45:00 AM