TV CRITIC's NOTEBOOK. The time has come for the SABC to deliberately do something it has never done in its 82 year history: Go black-on-air on purpose for a day to have the public reaffirm its crucial reason for existence. 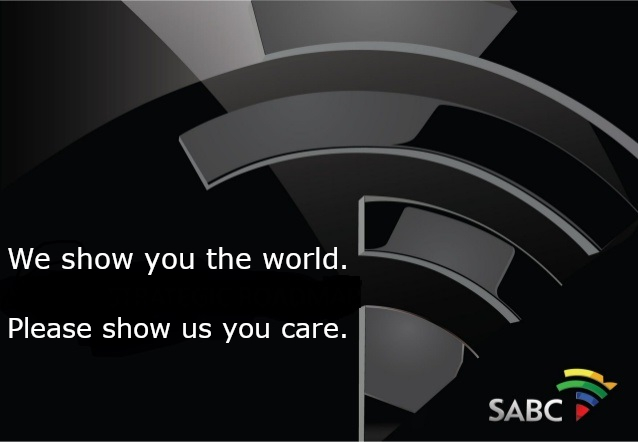 The time has come for the depleted, out-of-cash and crumbling South African Broadcasting Corporation to deliberately do something that it has never done in its 82-year history: go black-on-air for a day.

As the over 5 000 SABC staffers are unsure if they're going to get paid at the end of June - with the South African government and Stella Ndabeni-Abrahams, the minister of communications, quick for coffee with Cisco but silent about the SABC's biggest existential crisis ever - the time has come for the SABC to mount a deliberate blackout.

Instead of passively waiting for the most terrible thing to happen - a black-on-air scenario where the South African public broadcaster is unable to broadcast its TV channels and radio stations according to its mandate because it has finally completely run out of money - the SABC can be an active agent in underlining its importance while it still has the choice to do so.

The SABC's dedicated staff can and should embark on a daylong strategic broadcast protest action - a #SABCBigBlackout if you will or something of that nature - that would be a hugely effective show of force of not just its reach and importance but to reaffirm its very reason for being.

While the SABC is experiencing the most dire situation in its 8 decades of existence with a "Day Zero" broadcast blackout that can happen any day now, the SABC's chief financial officer, Yolande van Biljon, quite succinctly on Monday said something quite profound.

She mentioned during her interview on SABC News on Monday that the South African public doesn't take the threat of the SABC blackout and black-on-air scenario as serious as they should be because the SABC, despite its extremely precarious financial position, has kept on broadcasting, keeps putting up a front, keeps doing what it is supposed to be doing and has effectively been "hiding" how bad things really are behind-the-scenes.

Yet the time has come for the SABC to stop the show - for the South African public and the South African government to get an "intermission day" and a taste of how life would be without the omnipresence of the love-to-love, love-to-hate and too-big-to-fail South African Broadcasting Corporation.

Instead of completely going off the air and viewers getting no signal and radio static - and while it's still in full control of its broadcasting signals and the means to broadcast - I sincerely believe that the time has come for the SABC to stage a black-on-air broadcast day from 12 hours, from 06:00 to 18:00 (or whatever period) of all of its TV and radio services, except for SABC News (DStv 404) and SAfm. 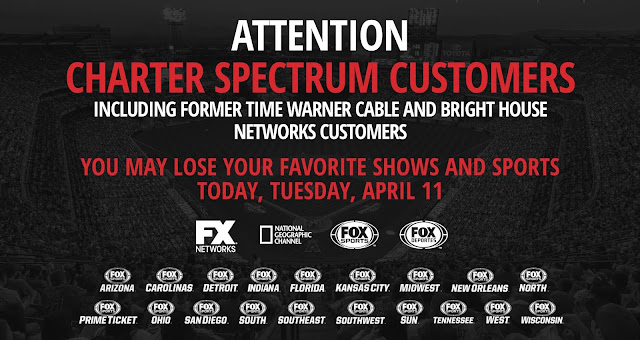 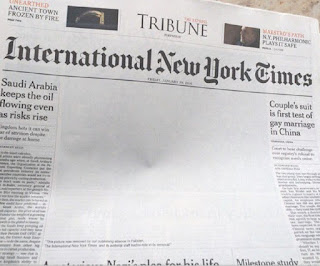 It's time for the SABC to do what many American TV channels and broadcasters have done when carriage agreement negotiations have broken down.

It's time for the SABC to do what American pressure groups do when they want to get attention and mobilise support from their senators, and what newspapers have done when confronted with external and internal censorship as they show people in very real-world terms what they've been taken for granted.

The SABC needs to get South Africa to care again, to spur the lethargic South African government into action about its promised bailout, and to show the public - millions of viewers and listeners consuming public broadcasting services - what they'll miss. 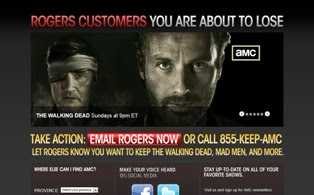 Instead of a real "dead air" scenario, the SABC should show a black title card for 12 hours on SABC1, SABC2 and SABC3 (keeping their respective channel logos to show that the channels are broadcasting - but just deliberately not any actual content.

The SABC should carry with it a message to motivate viewers into action - an email or a number to call or a hashtag to use - a positive but serious message about the peril it is in, the help it needs and what it wants people to do.

The SABC should give Stella's email - she's a public servant after all - or someone or some place that will have to bear the brunt of the avalanche of messages of the curious, angry and perplexed public demanding their channels back.

American TV channels have been using just this for about a decade to get pay-TV subscribers - warned about losing beloved TV channels - to make their voices as consumers and customers heard with their service providers who want to "take it away". 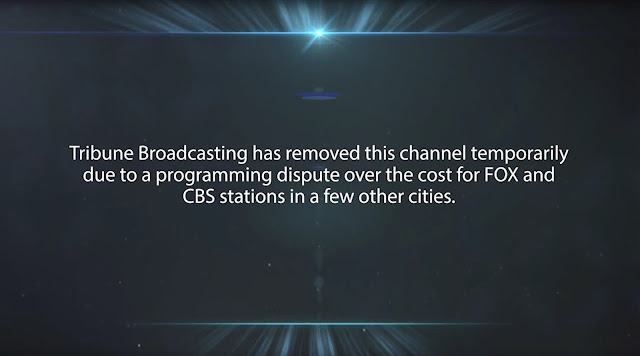 Public pressure groups in America also tell people to "call or email your senator" and give the contact details to make sure that elected officials get the message. 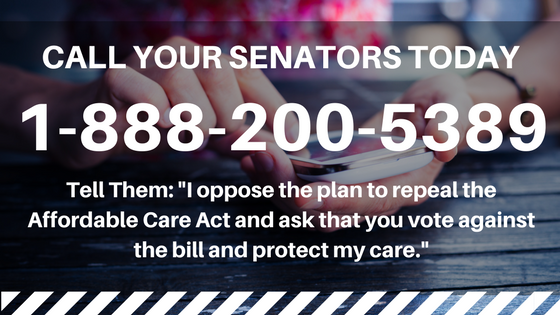 By keeping SABC News and SABC Encore (DStv 156) (100% repeats of library content anyway) on the air with the SABC that has a contract agreement with MultiChoice for those specific channels, it won't be in contravention of its deal.

By still showing a live signal, although it's a static content card on the rest of its channels for a few hours, the SABC won't be in contravention of its broadcasting regulations with the regulator Icasa - it's still "broadcasting".

On radio the SABC's numerous radio stations should all go "off air" for the same 12 hours - looping a short message or music interspersed with a message, similar to the one on SABC TV about why the radio station isn't broadcasting and what people should do.

Similar to how the SABC's Metro FM, 5FM and Radio 2000 went to a automated music playlist last month during the SABC Radio Park diesel spill that forced an evacuation, the radio stations should still "broadcast" - just for a few hours not actual content.

SABC News and SAfm should both continue to cover the news - one TV channel and one radio channel - to reassure viewers and readers that the broadcaster hasn't really shut down, also making it possible to report on the public reaction to such a SABC black-on-air protest broadcast which will surely be massive.

A loss of just 12 hours of not being able to watch or listen to the usual shows, programmes and presenters will reaffirm to the South African public - and politicians who will have to hear about it from upset voters and consumers - just what a crucial role the South African public broadcaster plays and what an important public institution it remains for tens of millions of people.
on 2:03:00 AM