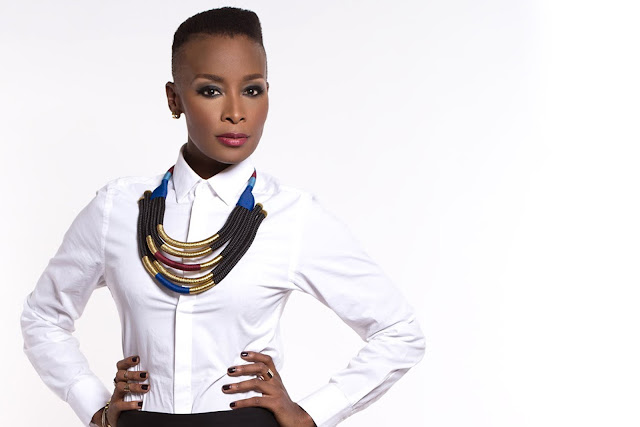 Bonnie Mbuli is leaving SABC3's afternoon talk show Afternoon Express after 3 years since it started in 2016.

It leaves Afternoon Express, produced by Tswelopele Productions, with Jeannie  D and Palesa Tembe as presenters. Bonang Matheba was previously part of the show, as well as Danilo Acquisto who quietly existed and left in late-2018.

"I've built lifelong relationships at Afternoon Express and have had the opportunity to hear the stories of both international players and magnificent South Africans who are doing great things," says Bonnie Mbuli.

"Each and everyone of their stories impacted me positively and it has truly been an honour to be a conduit for such powerful and moving conversations".

Bonnie Mbuli has a role in the British drama series, Noughts and Crosses, that has been filming in Cape Town, South Africa.
on 12:02:00 PM