Zombie march relentless as The Walking Dead on FOX claims top torrent spot for 2018 as the most illegally downloaded and watched TV show. 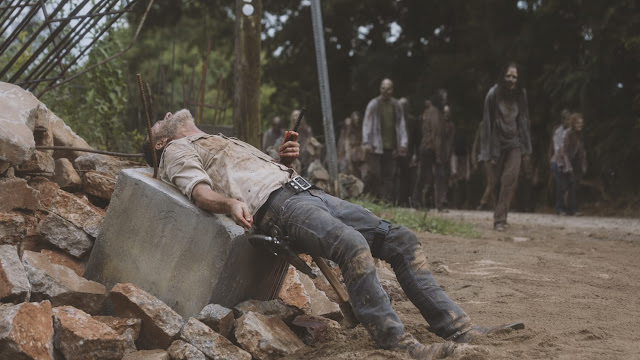 The Walking Dead has pushed Game of Thrones from the iron throne of most pirated TV show of 2018, according to TorrentFreak that annually compiles a list of most sought-after and illegally downloaded and shared TV series.

Although past its prime, the zombie drama series The Walking Dead on FOX (DStv 125 / StarSat 131 / Cell C black 201) pushed past Game of Thrones seen on M-Net (DStv 101) that has held the top spot of most downloaded TV episodes under torrenting pirates for 6 years in a row.

Game of Thrones completely dropped off of the Top 10 list, but the zombie rise of The Walking Dead does however come with an asterisk - Game of Thrones didn't have any new episodes in 2018 but will likely reclaim its top torrent spot at the end of this year when the 8th and final season of the dragon and White Walkers fantasy series starts within months.

While not making the Top 10 in 2018, it doesn't mean that Game of Thrones doesn't remain hugely popular. "Game of Thrones torrents remain the most sought-after season bundles on torrent sites," says TorrentFreak.

It's also no surprise that 8 out of the top 10 shows most shared and downloaded by torrent users in 2018 are seen on M-Net with DStv's most premium channel continuing to acquire and retain the most sought-after TV programming globally and from America for DStv subscribers, despite the rise of and increased competition from streaming services like Netflix and Showmax.

With Game of Thrones taking a break, The Walking Dead from 2nd place, The Flash from 3rd place, and The Big Bang Theory from 4th place, all moved up a spot during 2018 on the torrent list.

"Episodes of The Walking Dead are downloaded millions of times," says TorrentFreak.

"Apart from the change at the top, there are a few small changes. Most of the entries in the top ten have been featured in the list at least once before in previous years. Titans is the best-ranked newcomer in fifth place."

TorrentFreak compiles its annual Top 10 ranking by combing through statistics reported by public BitTorrent trackers and the DHT network.
on 7:41:00 AM