Thuso Mbedu gets a second best actress nomination at the 2018 International Emmy Awards. 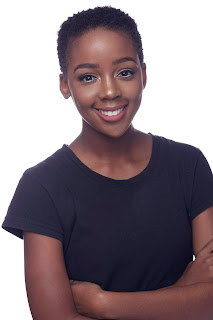 The South African actress Thuso Mbedu got a second best actress nomination for a second consecutive year for the 2018 International Emmy Awards taking place in November.

"Looking at the diversity and geographic spread of this year's nominations across all continents and platforms it is clear that excellence in television is a global phenomenon which transcends culture and language," says Bruce L. Paisner, president and CEO of the International Academy of Television Arts and Sciences.

Thuso Mbedu is the only South African nomination this year, and in her category she is up against Anna Schudt in Ein Schnupfen hätte auch gereicht from Zeitsprung Pictures/RTL Television (Germany); Emily Watson in Apple Tree Yard from Kudos (UK); and Denise Weinberg in the third season of Psi from HBO Latin America/O2 Filmes (Brazil).

Overall there are 44 nominees across 11 categories and 20 countries. The winners of the 2018 International Emmy Awards will be announced on 19 November at the Hilton New York Hotel in New York.
on 9:04:00 AM