Fantasy youth drama series, The Shannara Chronicles, on Netflix cancelled by Viacom; producers Sonar Entertainment looking for a new TV channel to take it over. 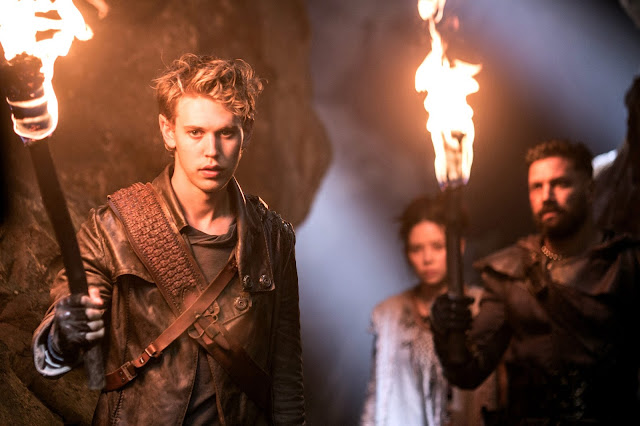 Sometimes even an elfstone ain't enough to save the world (or your show): The Shannara Chronicles available on Netflix in South Africa and Africa has been cancelled after two seasons, with Viacom opting not to renew the fantasy series.

The Shannara Chronicles that was on MTV and made for MTV in America, is one of the victims in the fallout of the massive restructuring in getting rid of scripted and drama series on all of Viacom's channels besides Viacom's new flagship and premium general entertainment channel, the Paramount Network launching in America tomorrow.

If The Shannara Chronicles did get a third season from Viacom, the show would have had to move to the Paramount Network, exactly as TVwithThinus speculated would likely be the case a year ago, in February 2017 - only the new Paramount Network didn't want the show, feeling that it doesn't fit in with what the new channel wants to be.

No word yet on when South African viewers will will get to see the Paramount Network on possibly MultiChoice's DStv satellite pay-TV service, or StarSat or perhaps one of the new streaming services.

The Shannara Chronicles was renewed for a second season in 2016 but then episodes were suddenly burnt off in a roll-out of 2 episodes per week in October and November of 2017 as Viacom raced to get rid of it.

The fantasy drama series produced by Sonar Entertainment and based on the fantasy novels of the famed fantasy author Terry Brooks could still be picked up by another TV channel or streaming service like Netflix or Amazon Prime Video for instance, but the chances are slim.

Sonar Entertainment is now looking for a new TV channel or streaming service to possibly take over the show that filmed in New Zealand.

America's TV Guide was first to report the cancellation of The Shannara Chronicles, quoting Kevin Kay, the new Paramount Network president as saying "We have officially passed on making any more. Maybe Sonar Entertainment is going to take it somewhere else. For us, we passed on the future of that".
on 9:01:00 AM