BBC World News anchor George Alagiah reveals that his cancer is back; will be undergoing further treatment. 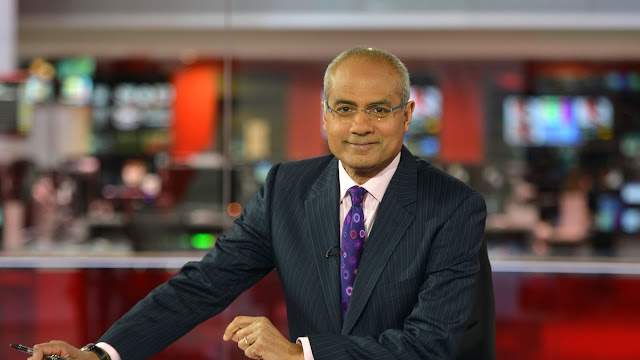 George Alagiah, a father of two, is the the BBC's highest paid star from its so-called "minority ethnic background" group of staffers after the BBC decided to reveal its highest paid stars' salaries in a list in 2017.

George Alagiah says he will be undergoing further cancer treatment.

George Alagiah battled bowel cancer in 2014 and got the "all clear" in 2015 after extensive treatment that included several rounds of chemotherapy and three operations, after which he returned to work at BBC News in November 2015.

“My brilliant doctors are determined to get me back to a disease-free state and I know they have the skill to do just that,” says George Alagiah in a statement. “I learned last time around how important the support of family and friends is and I am blessed in that department. I genuinely feel positive as I prepare for this new challenge.”

On  Twitter the Sri Lanka born news anchor said "Always knew cancer could come back but still tough dealing with disappointment. Harder for my family. I know what I have to do: stay calm, stay content, stay fit and let doctors do their best".

The BBC in a statement says “Everyone at the BBC sends George and his family their best wishes as he undergoes treatment and we will be thinking of them.”
on 2:01:00 PM