National Geographic reveals that the second season of Genius will move on from Albert Einstein to Pablo Picasso. 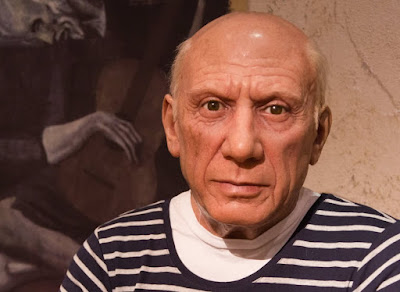 National Geographic (DStv 181 / StarSat 220) has announced that the second season of its fictional, factual drama series Genius will move on from Albert Einstein and again cover a white male genius, the Spanish painter Pablo Picasso.

Casting on the second season of Genius has not yet started, with the second season that will again flip between time periods as did the first, of the life of the artist who died aged 91 in 1973 after created over 50 000 works.

The artistic genius lived most of his life in the vibrant Paris of the first half of the 20th century and crossed paths with writers and artists including Ernest Hemingway, Coco Chanel, Henri Matisse, Marc Chagall, Gertrude Stein, Georges Braque, and Jean Cocteau.

Genius from Imagine Entertainment and Fox 21 Television Studios will again be executive produced by Ron Howard and Brian Grazer, with production that will start later this year and the second season that will be broadcast in 2018 on 171 feeds of National Geographic globally.

"We are excited to be delving back in to the concept with season two," says Courteney Monroe, CEO of National Geographic Global Networks in a statement about Genius' second season.

"More so than any of his contemporaries, Picasso's work dramatically expressed the modern age and defined new cultural norms. We are excited to explore his life and his genius with the incredibly talented team behind the series."

"Picasso was a trailblazer who left a profound artistic and cultural impact on the world and we look forward to continuing our successful partnership with National Geographic and Fox 21 Television Studios in telling the untold story behind the brilliant individual."
on 8:53:00 PM