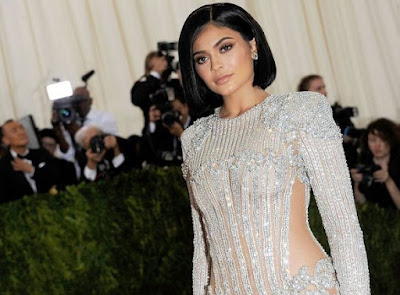 E! Entertainment (DStv 124) has picked up a Kasdashian spin-off series with Kylie Jenner, with the 8-episode first season of Life of Kylie that will start this winter.

Life of Kylie, with the fashion and cosmetics mogul who will also get billing as executive producer, will follow Kylie Jenner as she navigates her life as a style entrepreneur, fashion designer and a TV and social media star.

Included will be a look at how she spends her personal time with her friend Jordyn Woods. "With over 100 million followers across Instagram, Twitter and Snapchat, people feel they already know Kylie, but this series will allow her fans and the public to see behind-the-scenes of her ever-expanding world," says E! in a statement.

"This show will allow me to give them a peek inside all of the exciting things I am working on as well as some personal time with friends," says Kylie Jenner.

Life of Kylie is produced by Bunim/Murray Productions and Ryan Seacrest Productions who are also responsible for E!'s Keeping Up with the Kardashians.

"Kylie's beauty, business savvy and fashion icon status have made her one of the most famous and successful young women on the planet," says Jeff Olde, E!'s executive vice president for programming and development.

"Kylie has achieved so much at such a young age and we know the E! audience will be thrilled now that she is ready to share an inside look at her everyday life."
on 6:20:00 PM