MultiChoice Zimbabwe says DStv is not quitting the country, while Zimbabwe regulator slams fake news that StarTimes' StarSat has a licence to broadcast in Zimbabwe. 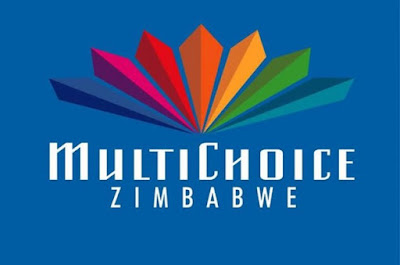 MultiChoice Africa has no plans to quit Zimbabwe despite dramatically worsening trading conditions in the Southern Africa country for the satellite pay-TV operator, while Zimbabwe's regulator is denying fake reports and says rival StarTimes doesn't have any licence to broadcast and operate the StarSat service in the country.

The Zimbabwe government, through the Zimbabwe Reserve Bank is continuing to clamp down on money leaving the country and last month shifted its focus to DStv, slamming citizens in mid-February for their "illogical behaviour" of subscribing to DStv .

The bank said Zimbabwe citizens who want DStv and pay for it, are part of creating an "unsustainable" situation and should rather spend money on raw material to produce things like cooking oil.


The use of Visa credit cards outside of Zimbabwe has already been disabled without prior warning and Econet Wireless has also been forced to stop payments for DStv subscriptions in Zimbabwe in American dollar through its mobile money platform EcoCash.

DStv payment platforms in Zimbabwe like OK Zimbabwe and Telecash have also abruptly shuttered DStv payments over the past few months.

Many Zimbabweans now have to convert their money into South African rand and do payment that way, but there's also amount limits being imposed, making this option increasingly more difficult and almost impossible as well.

MultiChoice Zimbabwe on Tuesday in a statement said it's not leaving Zimbabwe or ending its DStv service.

"Erroneous reports have been made by uninformed people that there has been a cessation or curtailing of DStv services to Zimbabwe," said Lovemore Mangwende, MultiChoice Zimbabwe CEO.

"These rumours are untrue and DStv services remain fully functional. Any speculation to the contrary is inaccurate and possibly misguided. Our call centre and customer care centres are able to assist with answers to queries."

"The Broadcasting Authority of Zimbabwe (BAZ) would like to advise the public that the claim to the effect that a company called StarTimes has been issued with a licence to provide a direct-to-home (DTH) satellite television service in Zimbabwe is patently false," said Obert Muganyura, BAZ CEO.

"The Broadcasting Authority of Zimbabwe would like to put it on record that StarTimes has not been issued with a licence to provide any broadcasting service in Zimbabwe and is therefore not authorised to provide its StarSat service within the territory of Zimbabwe."

"The Broadcasting Authority of Zimbabwe would like to urge the media to verify facts with the relevant authorities to avoid misleading the public".
on 11:06:00 AM