Days of Our Lives facing cancellation in America; 51-year old American soap on the chopping block as it awaits its renewal fate. 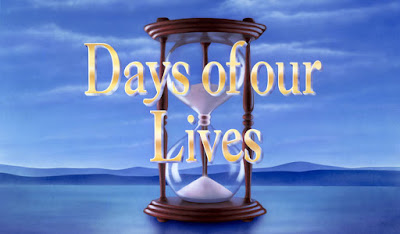 The 51-year old American weekday soap Days of Our Lives is facing cancellation in America with only a 60-40 chance of returning for a 52nd season, but executives are saying they're "hopeful" that the soap will survive for another year.

In South Africa Days of Our Lives is now broadcast on SABC3 at midnight after the public broadcaster's controversial former boss Hlaudi Motsoeneng in July ordered the bulk of international content off the channel with his unilateral 80% local content decree.

Days of Our Lives has been a big ratings grabber for SABC3 and its removal at 17:00 as the anchor lead-in to early prime time has seen SABC3's entire ratings picture steadily worsen monthly for the past 6 months.

With rumours swirling that Days of Our Lives on American television is likely getting cancelled to make way during daytime for the promised new one hour block for the former FOX News anchor Megyn Kelly who was just hired by NBC, NBC on Wednesday told TV critics that the future of Days has not been decided yet.

Robert Greenblatt, NBC entertainment president told the Television Critics Association's press tour in Los Angeles that "we don't make a decision for another couple of months" and that "I don't think it's over yet". According to him, "we haven't made any decisions, but we like that show".

He said that if Days does get cancelled, that it will try to give the producers a heads up as far as possible in advance to wrap-up storylines and to do proper tributes and back flashes, saying "we would try to be respectful".

According to insiders the chances for Days' renewal is only 60-40, with the show that has been struggling creatively and financially the past few years.

Jennifer Salke, NBC entertainment president, told Soap Hub that she would be "devastated" if Days gets cancelled, reiterating that no decision has been made and saying "but we are optimistic".

The sad news is that even if Days is renewed, its 52nd season might very well be its last as viewership of American soaps keep dwindling year after year, despite its ongoing popularity elsewhere in the world like Africa.