New teen princess animation series, Elena of Avalor, starting on the Disney Channel on DStv on Saturday at 8:35am with a one hour premiere. 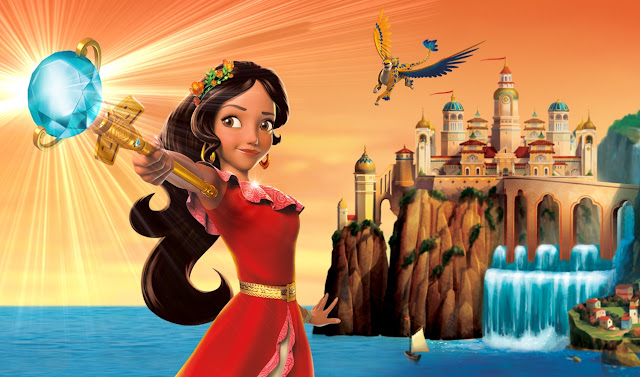 The new Disney princess series, Elena of Avalor, will start in South Africa and Africa on Saturday morning, 29 October on the Disney Channel (DStv 303) at 08:25 with a one-hour premiere.

The new animation series, with its theme song performed by Gaby Moreno, is set in the magical kingdom of Avalor and revolves around the teenager Elena who must learn to rule as crown princess.

Elena of Avalor incorporates influences from diverse Latin and Hispanic cultures through architecture, traditions, food and customs and every episode has original songs from an array of Latin musical styles, including Mariachi, Latin Pop, Salsa, Banda and Chilean hip hop.

In the first episode of Elena of Avalor that started in America in late-July with Aimee Carrero voicing Elena, Elena officially becomes crown princess and rescues her sister, Isabel, from elf-like creatures known as Noblins.

Elena of Avalor was created by the Emmy award winner Craig Gerber who is also the executive producer.
on 1:26:00 PM