South Africa's dogs - and their owners - hate the new 7de Laan theme song on SABC2; people miss the soap, literally, since their dogs no longer howl along. 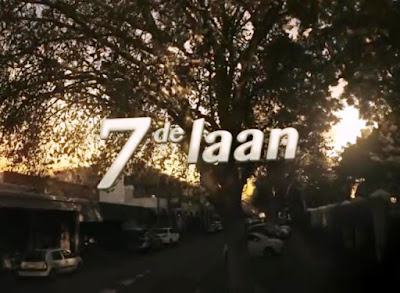 You can't teach an old dog a new TV theme song: Viewers are furious and disappointed about the 7de Laan theme song change – and so is the nation’s confused dogs that’s longer howling along or calling their owners.

Gone is the violin-infused ditty, replaced by a new unknown Joe Niemand composition and opening sequence from Hey!Fever and 7de Laan viewers and their animals hate it.

"Please bring the theme song back," said Linda Cornwell. "The new one does not fit the show. It's a real pity you didn't ask your loyal fans about this before making a final decision".

"Please bring back the 7de Laan tune," said Ravina Maharaj. "The show isn't the same without its signature music".

“The old song was much better. I don’t know why people always have to change things that work," remarked Vicky Lochner. "Now I will never know when 7de Laan starts."

'My dog doesn’t recognise the tune'
The theme song change is part of changes the SABC, which commissions the show, ordered the Danie Odendaal Produksies soap to undergo in the middle of last year to try and lift the still big but flat viewership. 7de Laan viewers however were instantly vocal about disliking the change, while their dogs fell silent.

"Please change the theme tune back to the old tune," said Mandy Robinson. "My dog would let me know when 7de Laan is on. She doesn't recognise the new tune and I missed yesterday's episode".

Louis Mienie said dog MacGuyver is upset. "He's been singing it for 10 years every day".

"Our two four-legged children don't like it," said Santie Jansen.

"Usually when the theme song came on the ears went up and then I said 'No, it's not time yet' and then their heads fell back down. But when the theme song then played again at the end they went crazy because then they knew it was time for a bit of tea of Milo. But tonight they just waited and waited because there was no [familiar] theme song to announce that it's tea time. I told them to listen nicely to the new music".

"Why did you change the song? Our dog and my daughter always sang together and now they sit and wait. We don't like the new song at all," says Maxine van der Berg.

"Oh 7de Laan what has happened to the soundtrack to 7de Laan?” asked Kavuki Staffords. "Now my dog doesn’t know what time it is. She used to hear it since she was a puppy and sit in front of the TV. She is now 8 years old and confused."