Despite years of boxing broadcasting rights legal issues, live boxing is set to return to the SABC from 26 June at 21:30 to SABC2. 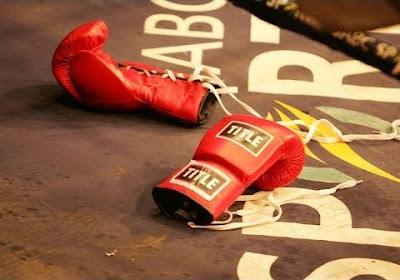 After being bogged down in legal issues over it for years, the SABC will go ahead and show the first live boxing match in many years on the public broadcaster on 26 June, televising a bout from Birchwood in Gauteng.

After postponing an initial announcement, the minister of sport, Fikile Mbalula and the SABC finally announced on Friday night from the SABC's M1 Studios that boxing matches will again be shown on the public broadcaster from 26 June at 21:30.

On 26 June the SABC will broadcast an international 10-round bantamweight bout on SABC2 and then a bout for the middleweight Gauteng title between Tebogo Molose (32) and Walter Dlamini (35) from the Birchwood Hotel.

Boxing's public profile in South Africa had diminished hugely over the years as private and commercial sponsors largely fell away due to the dramatic decrease in television exposure, which in turn negatively impacted the sport.

Major legal wrangling and rights issues behind the scenes and a longrunning blackout by the SABC prevented professional boxing from being shown on the public broadcaster for the past half a decade, since boxing was dumped from SABC2 on Friday nights.

SuperSport as a pay-TV sports broadcaster has the rights to show all live and international boxing tournaments on its channels on MultiChoice's DStv satellite pay-TV platform.

In addition boxing promotors have been concerned about their earnings in the complex deals structures regarding broadcasting rights.

In 2012 boxing promotor Branco Milenkovic took Boxing South Africa (BSA) and the SABC to court to block them from signing a broadcasting rights deal over who owned the boxing TV rights – BSA or boxing promotors.

The SABC's latest available annual financial report for 2014 also states that Branco Sports Production got an interdict agains the SABC and the BSA from signing an agreement to regulate broadcasting dates. "Branco also issued summons against the SABC claiming R38 million for alleged short payments".

Mbalula: 'We want boxing back on TV'
"It's good to speak to you tonight and not talk about FIFA and talk about another sport," said Fikile Mbalula to the attendees on Friday night which included some boxers, politicians, what's left of the members of the SABC board, SABC executives and boxing promotors.

Fikile Mbalulula several times slammed South Africa's boxing promotors, but refrained from going into too much detail as to the years long backstage fight which crippled the broadcasting of boxing.

"We want boxing back on television. Boxing has created wealth and made millionaires. Those who are going to make money out of boxing going forward should learn from the mistakes from the past," warned Fikile Mbalula, saying "boxing was truly global in South Africa".

"We want fairness.We don't want one-way traffic where the boxer gets nothing and the promotor gobbles up everything," said Fikile Mbalula.

'Those who want to stop us, let them try'
"Fridays will not be the same. You will be able to watch your boxers win titles and defend them," said Fikile Mbalula.

"Those who want to stop us, let them try, we are ready for them. We are unstoppable."

"We're going to walk on top of them like, you know, verosity of a cornered bull. We will trample over them. We will fight for the rights of our people and making the point that boxing is back."

SABC’s Hlaudi: 'We are a big animal'
The SABC's controversial and famously matricless chief operating officer (COO) Hlaudi Motsoeneng got in a sideswipe to SuperSport, saying the SABC can deliver the big audiences for boxing and that televised boxing on small TV channels don't reach people as effectively.

"SABC we are very happy. For us it is very important as a public broadcaster because it show that we are a big animal. It shows us that you can put boxing in the small broadcasters – they will never reach people. They are not reaching people."

"Those people who are angry they know SABC daily reach more than 27 million. Which is huge. No-one can reach that audience. But also for us it is not about bringing boxing back. It is about spreading boxing to all provinces, not just one province."

Legal issues
"The biggest challenge [with getting boxing back on the SABC] has been the legal issues, wherein which it prohibited us to go back with the SABC to get boxing back on track," said Fikile Mbalula. "Blow by Blow [on SABC2] collapsed. The other issue is about funding. The private sector withdrew."

"Let the promotors put up good bouts and do good boxing and promote good boxers," said Fikile Mbalula. "Wherever they are the SABC must follow them".

Fikile Mbalula said "the people who love boxing and the sport like boxing, will be able to on that platform [SABC] – except if they're affected by loadshedding – they will be able to watch boxing."
on 12:18:00 PM