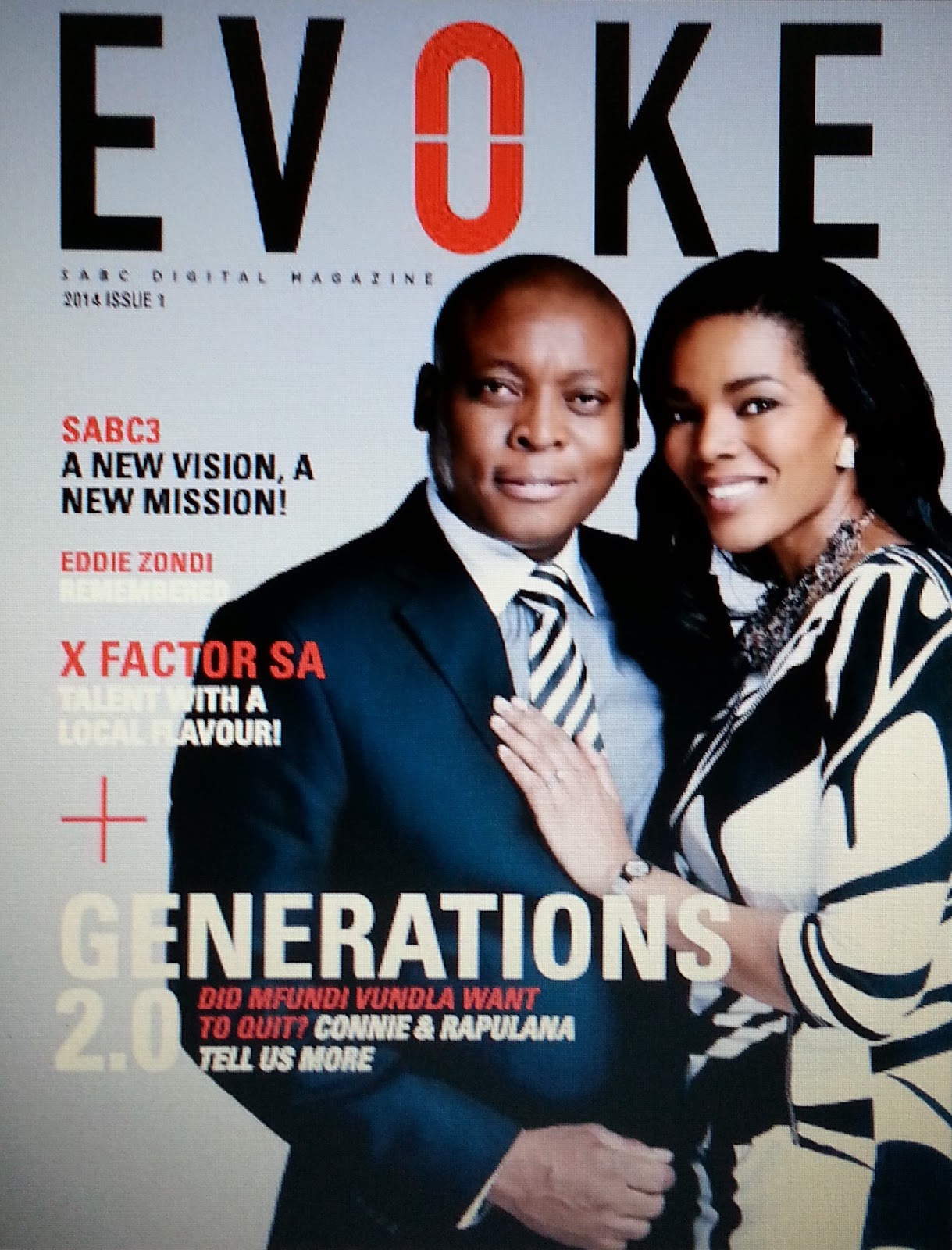 The SABC is launching its own, new digital consumer magazine, Evoke, which will be available to readers on the internet and on their smartphones and tablets.

The SABC's Evoke is the South African public broadcaster's first attempt at a secondary marketing and communication tool to speak directly to consumers and viewers since it started its self-published, monthly TV Talk magazine in 1997 which it used to mail by post to SABC TV licence holders and which was freely available at Shell petrol stations.

TV Talk which had a print run of 1.6 million copies was then canned by the SABC and abruptly stopped.

Evoke, published as a new digital magazine by Bespoke Media for the SABC, features actors Connie Ferguson and Rapulana Seiphemo on the cover of the first edition ahead of the "relaunch" of Generations which will start on Monday on SABC1.

For the first issue of Evoke, besides being available as a digimagazine, the SABC also had a limited run of hard copies of the actual magazine printed which the public broadcaster is distributing to advertisers and media buyers and the press.

"We've launched several new websites for our radio and TV brands with more to come," says Elouise Kelly, the SABC's head of marketing in the first issue of Evoke. which readers can download at Google's Play Store or read at www.sabcevoke.co.za.

The frequency with which Evoke will be published it not yet known - monthly, quarterly, forthnightly or weekly.

"The launch of this publication aims to further expand our digital footprint, creating a single platform on which to entertain and share exciting information about the SABC and our house of media brands," says Elouise Kelly.

"Our hope is that this magazine becomes your not-so-guilty pleasure and first port of call for all things SABC. We remain committed to the future of media, advertising and broadcasting and hope you enjoy reading and interacting with Evoke magazine."
on 11:57:00 PM