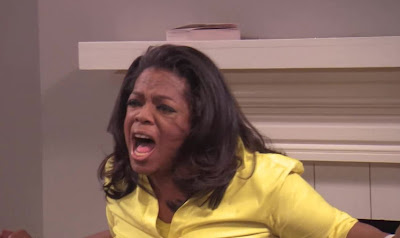 Oprah Winfrey in a physical fight is one in a set of hilarious comedic sketches which are part of a funny skit from the American late night host Jimmy Kimmel who had the talk show host on as a guest recently.

Jimmy Kimmel suggested show ideas for Oprah Winfrey's struggling Oprah Winfrey Network (OWN), and she gleefully played along enacting the various hilarious send-up show ideas such as Oprah Repos Her Favorite Things (in which audience members who cried when they got free stuff cry again when Oprah goes to take it back). 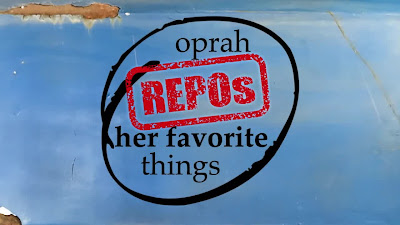 In Oprah's Book Club Fight Club she starts to fight with her guests in similar physical style to The Jerry Springer Show in a way viewers have never seen her do before. 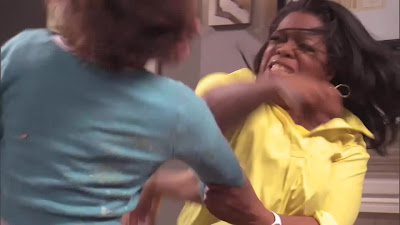 The Jimmy & Oprah Interview had both of them interview celebrity guests (in this case Jennifer Aniston) which turns into a fight over her attention and asking her questions at the same time. 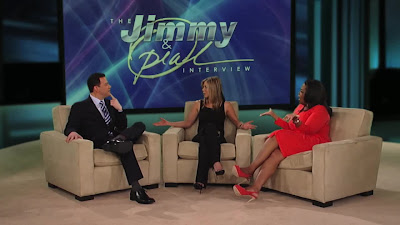 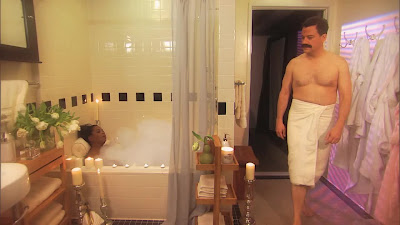 He also suggest - following in the footsteps of Dr Oz and Dr Phil - his own doctor show, Dr Vajayjay and Two and a Half Stedman - before Oprah Winfrey presses a secret red button on her desk and launches Jimmy Kimmel like a rocket out of her office. 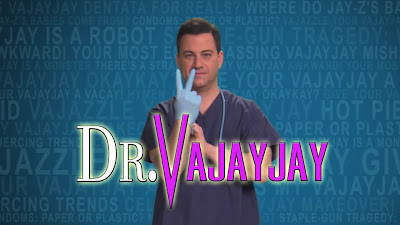