INTERESTING. 'You are being watched.' Person of Interest starting on M-Net Series on Thursday 19 January at 20:30. 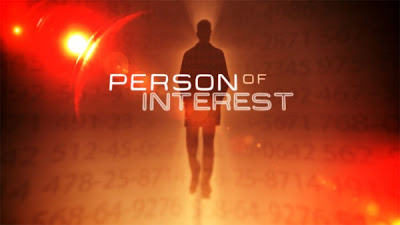 Interestingly, M-Net has acquired the broadcasting rights for the new procedural drama Person of Interest with executive producer J.J. Abrams, but the pay broadcaster announced on Tuesday that the new hour long drama's first season of 22 episodes starting on Thursday 19 January at 20:30 would be going to M-Net Series (DStv 110) and not the M-Net channel (DStv 101). 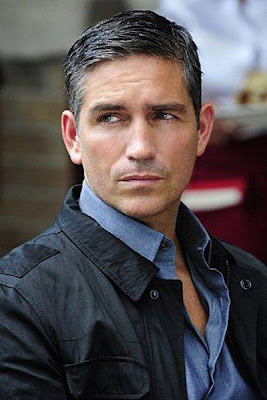 ''You are being watched. The government has a secret system. A machine; that spies on you; every hour of every day. I know because I built it.''

In Person of Interest, with Lost's weirdo Michael Emerson (whom I've met and interviewed years ago and is delightfully scary in real-life and is once again wonderful in this new drama) plays a mysterious billionaire, only known as Mr Finch.

He's developed a super-sophisticated computer system than uses public surveillance footage and other public data to determine what people will be involved in a crime soon - but not whether they'll be the perpetrator or the victim, or what exactly the crime will be.

Mr Finch teams up with an ex CIA agent, Jim Reese (played by Jim Caviezel - or as one of my friends funnily put it a few weeks ago ''Oh look, Jesus is now doing CSI'') to try and prevent the crimes from occuring, or figuring it out as it happens as opposed to afterwards.

Person of Interest is The Mentalist meets Minority Report. 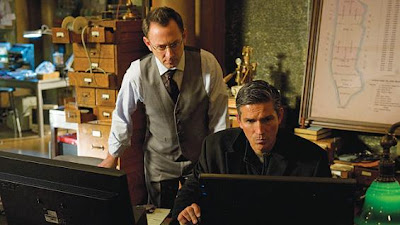 The interesting thing is that Person of Interest is doing very well in America where it just started, yet M-Net decided to allocate the show to M-Net Series, although it's similar to CSI: New York and The Mentalist. Person of Interest would presumably actually do very well on M-Net (DStv 101) instead of the more boring and predictable shows such as CSI: Miami, NCIS: Los Angeles and the like.

Person of Interest set in New York is terrific, the pacing very well, the stories and plotlines unpredictable, and there's of course the overall slowly-advancing backstory of the enigmatic secrets of the two main characters that's very intriguing.
on 1:08:00 PM